The Arab community in Manchester is growing as a result of second and third generation children born here. Most Arab children of school-age receive their education in mainstream schools. Because of this, their knowledge of Arabic is restricted to that spoken at home by their parents. Within the family, most children prefer to speak to their brothers and sisters in English. Very few Arab children are able to read or write Arabic.

It is widely recognised that a gap between children and their parents is growing. To a large extent the problem is a linguistic one.

Children and parents often misunderstand each other. This breakdown in communication has led to undesired tensions within the family, a state of affairs which has the potential to threaten traditionally-held close family ties and social stability. 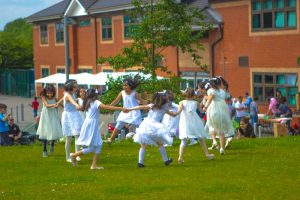 It is important that such potential problems between the generations should not destabilise the Arab community which has long been amongst the most law-abiding communities in Manchester and the UK as a whole. The Arab community makes an important contribution to British society through the work of doctors, lawyers, accountants and businessmen.

In this context, it is felt to be important that the children of the Arab community learn Arabic effectively and, through Arabic, learn more about their cultural heritage. In this way many of the potential problems would be resolved and the stability of the community maintained so that it can continue to make a strong contribution to UK society.

The majority of parents feel that they do not have the skills necessary for teaching their children at home and even those who have these skills do not have sufficient time to do so. There are, however, very limited opportunities in the area for children to learn Arabic and Islamic studies in specialised schools. That there is a demand for quality teaching of Arabic and Islamic studies is illustrated by the long waiting lists that have existed in the past few years for the limited places available for learning Arabic as a second language.

AlManar Arabic School was opened in September, 2001 to fulfil a very real need within the Arab community and also to provide the opportunity for teaching Arabic to any other children who might be interested.

Recently in 2016 and to maximize the success, AlManar Arabic School become part of AlManar (UK) Educational Trust with registration No 1167415. 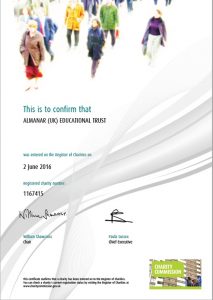 AlManar means “the lighthouse”, we hope that we will be a beacon of light and guide our children in the most enlightened and beneficial way.